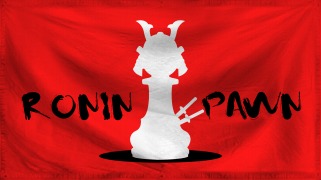 The Rogue Nation of PawnTucky is a colossal, environmentally stunning nation, ruled by Roninpawn with an even hand, and remarkable for its frequent executions, infamous sell-swords, and stringent health and safety legislation. The compassionate population of 9.428 billion PawnTuckyians are fiercely patriotic and enjoy great social equality; they tend to view other, more capitalist countries as somewhat immoral and corrupt.

The enormous, socially-minded government juggles the competing demands of Welfare, Education, and Healthcare. It meets to discuss matters of state in the capital city of Slushfundia. The average income tax rate is 78.4%, and even higher for the wealthy.

The large but sluggish PawnTuckyian economy, worth 297 trillion Beers a year, is driven entirely by a combination of government and state-owned industry, with private enterprise illegal. The industrial sector, which is quite specialized, is mostly made up of the Trout Farming industry, with significant contributions from Beef-Based Agriculture, Woodchip Exports, and Pizza Delivery. Average income is 31,510 Beers, and distributed extremely evenly, with practically no difference between the richest and poorest citizens.

Jails have become colloquially known as 'vampire houses', many marriages go virtually unconsummated, parents who refuse to vaccinate their children are given a short jail sentence, and the government has declined to declare any particular religion as its 'official' one. Crime, especially youth-related, is totally unknown, thanks to a capable police force and progressive social policies in education and welfare. PawnTucky's national animal is the House Mouse, which is also the nation's favorite main course.