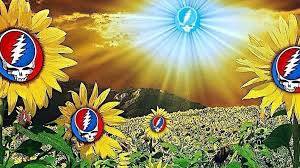 The Republic of Partybus is a gargantuan, efficient nation, ruled by Doctor Macgilicutty with an even hand, and remarkable for its museums and concert halls, absence of drug laws, and devotion to social welfare. The hard-nosed, democratic, humorless population of 33.092 billion Pranksters enjoy extensive civil freedoms, particularly in social issues, while business tends to be more regulated.

The large, liberal government juggles the competing demands of Education, Environment, and Social Policy. It meets to discuss matters of state in the capital city of Snoddyville. The average income tax rate is 69.0%, and even higher for the wealthy.

The frighteningly efficient Partybusian economy, worth a remarkable 5,143 trillion buds a year, is highly specialized and led by the Book Publishing industry, with major contributions from Tourism and Gambling. Black market activity is extensive. State-owned companies are reasonably common. Average income is an impressive 155,439 buds, and distributed extremely evenly, with little difference between the richest and poorest citizens.

Pranksters refer to transgender people with insults instead of pronouns, students do more community service than homework, psychiatrists that date patients are congratulated on their romantic conquests, and Doctor Macgilicutty's speeches are beloved by insomniacs. Crime, especially youth-related, is pervasive, perhaps because of the country's complete lack of prisons. Partybus's national animal is the Fruit Bat, which is also the nation's favorite main course.

Partybus is ranked 80,356th in the world and 3,364th in Lazarus for Highest Wealthy Incomes, with 186,919 Standard Monetary Units.