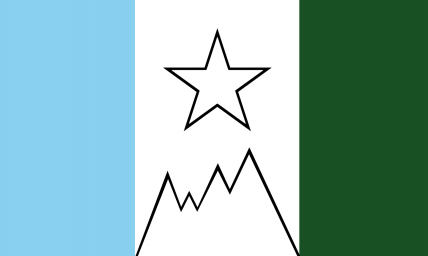 The Unified States of Parenlord is a massive, efficient nation, ruled by Garence Spencer with a fair hand, and renowned for its anti-smoking policies, public floggings, and punitive income tax rates. The compassionate, democratic population of 4.117 billion Parenlords enjoy a sensible mix of personal and economic freedoms, while the political process is open and the people's right to vote held sacrosanct.

The large government juggles the competing demands of Administration, Education, and Healthcare. It meets to discuss matters of state in the capital city of White Mountain. The average income tax rate is 79.0%, and even higher for the wealthy.

The frighteningly efficient Parenlordian economy, worth 442 trillion Parenlordian Dollars a year, is quite specialized and led by the Tourism industry, with major contributions from Information Technology, Trout Farming, and Book Publishing. State-owned companies are common. Average income is an impressive 107,475 Parenlordian Dollars, and distributed extremely evenly, with little difference between the richest and poorest citizens.

Tourists are forbidden to enter Native Parenlordian lands, mandatory blunting of cutlery has increased the popularity of soup-based meals, the government sends submarines to retrieve bodies from shipwrecked submarines, and many suspect the government "doth protest too much" with their curiously specific denials of conspiracy theories. Crime, especially youth-related, is totally unknown, thanks to a well-funded police force and progressive social policies in education and welfare. Parenlord's national animal is the Mugger Crocodile, which frolics freely in the nation's sparkling oceans, and its national religion is Polytheism.

Parenlord is ranked 35,775th in the world and 73rd in The Free Nations Region for Most Income Equality, scoring 67.79 on the Marx-Engels Emancipation Scale.