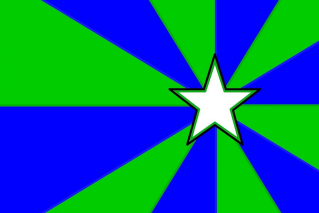 The Supreme Imperial Union of Panormia is a gargantuan, genial nation, ruled by Emperor Prazko Takoy Stavin II with a fair hand, and renowned for its smutty television, irreverence towards religion, and punitive income tax rates. The compassionate, democratic, cheerful population of 18.681 billion Patroniks are free to do what they want with their own bodies, and vote for whomever they like in elections; if they go into business, however, they are regulated to within an inch of their lives.

The enormous, liberal, socially-minded, outspoken government juggles the competing demands of Education, Defense, and Environment. It meets to discuss matters of state in the capital city of Akantor. The average income tax rate is 99.4%.

The frighteningly efficient Panormian economy, worth a remarkable 3,422 trillion Jenstar Ancíres a year, is highly specialized and mostly made up of the Information Technology industry, with significant contributions from Book Publishing and Arms Manufacturing. State-owned companies are common. Average income is an impressive 183,226 Jenstar Ancíres, and distributed extremely evenly, with practically no difference between the richest and poorest citizens.

Lavish state dinners in Akantor are the state's leading budgetary expenditure, preschoolers practice disarming active shooters before naptime, suit-clad businessmen have been taking advantage of the relaxed welfare qualifications by shopping with food stamps, and glamping Patroniks won't sleep in a tent that doesn't include a Jacuzzi. Crime, especially youth-related, is totally unknown, thanks to a well-funded police force and progressive social policies in education and welfare. Panormia's national animal is the Rabbit, which frolics freely in the nation's many lush forests, and its national religion is Darteism.

Panormia is ranked 1,579th in the world and 45th in the Rejected Realms for Best Weather, with 493 Meters Of Sunlight.

The Libertarian Republic of Savages,

The Russian Federation and Soviet Union,