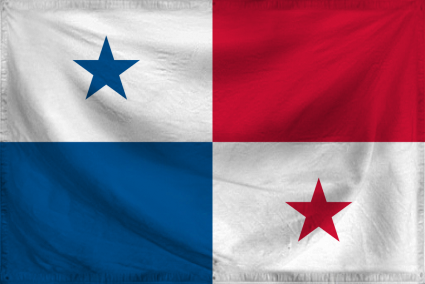 The National Police of Coalition Panama (Policia Nacional) It is an armed body of civil nature, attached to the Ministry of Public Security, in charge of maintaining and guaranteeing public order at the national level. The force's official functions are to protect the Panama Coalition nation, enforce the law by constitutional mandate, maintain and guarantee the necessary conditions for public freedoms and rights and to ensure peaceful cohabitation among the population. Is a modern police force, well equipped and trained to maintain security and order within the borders of the Nation.

It has the most modern equipment and vehicles.The National Police has jurisdiction over the entire Federal Republic. It is divided into several Branches, among them are Special Forces, Anti Riot units, Anti-drug Force, Community Police, DIJ (Judicial Investigation Directorate), etc.

As auxiliary police bodies, each State has a State Police, of a community and preventive nature, which complements the National Police. Some municipalities have their own municipal police, which has the same functions of crime prevention and security of municipal public areas.

Judicial Investigation Directorate (DIJ)
Judicial Investigation Directorate (DIJ) Mission: Investigate the crimes, carrying out the diligences tending to determine the responsibility of their authors, printing efficiency and agility to the investigations with an effective communication at all levels, thus offering security to the citizenship, which must achieve their support and recognition. Strengthen the Judicial Technical Police (PTJ) in its technical and scientific investigations; supported by their human resources duly motivated and trained to act with professionalism and dedication; and in the incorporation of technological advances that guarantee the security that the community deserves, to whom we owe for the trust that has been placed in us to exercise the repression of crimes.

Directorate of Investigation and Police Intelligence (DIIP)
Directorate of Investigation and Police Intelligence (DIIP) Mission: The mission of the Intelligence Unit of the National Police is to collect, evaluate, analyze, and disseminate intelligence data regarding criminal activity in the nation and any criminal activity in other jurisdictions that may adversely effect on the Panama Coalition. This includes providing processes for collating and analyzing information collected by operational units of the law enforcement agency. The Intelligence Unit will furnish the Chief of Police with the necessary information so that Operations Units charged with the arrest responsibility can take the necessary enforcement action

Ecological Police: Policía Ecológica
Ecological Police: It is a unit of the police that engarga to prevent environmental crimes, protects natural reserves, the preservation of animal species and plants in danger of extinction, prevents illegal hunting, illegal fishing and trafficking of species. They patrol the areas of Natural Reserves, to avoid the destruction of the environment and to arrest those who violate the ecological laws of the Panama Coalition.

Special Action Group: Grupo de Accion Especial
Special Action Group (SAG): Mission: is a police unit, with training as a military police, to face clashes and occupation of zones, impose martial law and collaborate with the National Police and the Community Police in the custody and surveillance.

Community and Preventive Police: Policia Comunitaria y Preventiva
Community and Preventive Police: is a model of police service, links the concepts of proximity police and police oriented to problem solving; basically of preventive order that is based on patrol on foot and any form of interaction with society what enables the professional of the Police is integral part of the development of the community from the management by results in the solution of security problems and citizen cohabitation. The community police and SAG in general share vehicles for logistics issues.

State Police
The State Police is formed by men and women with basic training in police sciences. Each State of the Federal Republic of Panama Coalition has a police force, which will vary in size and equipment according to your budget and needs. The state police has a community police function, in addition to crime prevention and auxiliary of the National Police. This State Police has its jurisdiction within the territory of each Federal State.