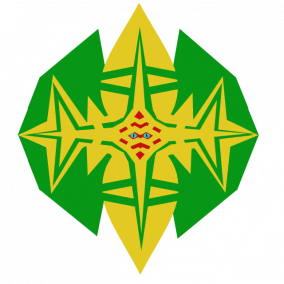 The Gleaming Plain of Oxhrenhungamar is a massive, environmentally stunning nation, ruled by Dumazkul the Illustrious with an iron fist, and notable for its frequent executions, compulsory military service, and punitive income tax rates. The hard-nosed, cynical, devout population of 1.154 billion Oxhren are ruled without fear or favor by a psychotic dictator, who outlaws just about everything and refers to the populace as "my little playthings."

The enormous, moralistic, well-organized government juggles the competing demands of Spirituality, Law & Order, and Defense. It meets to discuss matters of state in the capital city of Oxorus. The average income tax rate is 56.2%, and even higher for the wealthy.

The sizeable but underdeveloped Oxhren economy, worth 34.5 trillion Guldens a year, is led by the Beef-Based Agriculture industry, with major contributions from Book Publishing, Information Technology, and Uranium Mining. State-owned companies are common. Average income is 29,888 Guldens, and distributed extremely evenly, with little difference between the richest and poorest citizens.

Oxhren believe the only thing that will make you happy is being unhappy with who you are, retirement homes are filled with foreign war criminals, the government's fruit business reeks of rotting produce and corruption, and chickens roam the streets freely. Crime, especially youth-related, is totally unknown, thanks to the all-pervasive police force and progressive social policies in education and welfare. Oxhrenhungamar's national animal is the Bhulgan, which frolics freely in the nation's many lush forests.

Oxhrenhungamar is ranked 227,228th in the world and 7th in Cymopolia for Largest Insurance Industry, scoring -10.77 on the Risk Expulsion Effectiveness Rating.