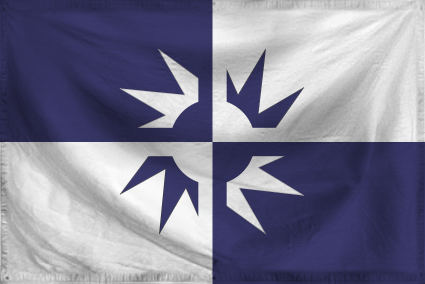 The Democratic Republic of Ovskiland is a colossal, efficient nation, ruled by President Marxin with a fair hand, and remarkable for its museums and concert halls, national health service, and stringent health and safety legislation. The compassionate, democratic, cheerful population of 5.566 billion Ovskinadians enjoy extensive civil freedoms, particularly in social issues, while business tends to be more regulated.

The large, liberal government juggles the competing demands of Education, Industry, and Healthcare. It meets to discuss matters of state in the capital city of Izovrith. The average income tax rate is 88.4%, and even higher for the wealthy.

The frighteningly efficient Ovskilandian economy, worth 817 trillion labor credits a year, is quite specialized and led by the Tourism industry, with major contributions from Information Technology, Book Publishing, and Basket Weaving. State-owned companies are reasonably common. Average income is an impressive 146,902 labor credits, and distributed extremely evenly, with little difference between the richest and poorest citizens.

There is an abondance of ackawi and zartschmelzend in every Ovskilandian grocery store, a well-funded social safety net protects the unfortunate, parents often leave their kids in the car while they attend mindfulness meditation sessions, and attempts to inform people about their unclaimed property are often mistaken for telephone scams. Crime is totally unknown. Ovskiland's national animal is the Wojtek, which frolics freely in the nation's many lush forests, and its national religion is Scientific Episcopalianism.

Ovskiland is ranked 198,719th in the world and 131st in Democratic Socialist Assembly for Most Armed, with 0.19 Weapons Per Person.