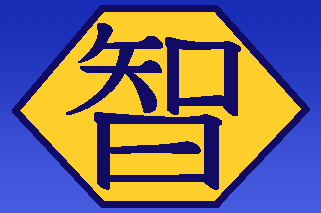 The Athenian Paradise of Otaku Stratus is a gargantuan, socially progressive nation, ruled by Kairu Hakubi with a fair hand, and renowned for its free-roaming dinosaurs, ubiquitous missile silos, and zero percent divorce rate. The hard-nosed, hard-working, democratic, humorless, devout population of 39.598 billion Stratites enjoy a sensible mix of personal and economic freedoms, while the political process is open and the people's right to vote held sacrosanct.

The minute, outspoken government, or what there is of one, juggles the competing demands of Education, Industry, and Healthcare. It meets to discuss matters of state in the capital city of Wisdom City. Income tax is unheard of.

The frighteningly efficient Stratese economy, worth an astonishing 19,436 trillion sapphires a year, is fairly diversified and led by the Information Technology industry, with significant contributions from Book Publishing, Retail, and Soda Sales. Black market activity is frequent. State-owned companies are reasonably common. Average income is an amazing 490,843 sapphires, and evenly distributed, with the richest citizens earning only 2.0 times as much as the poorest.

Exceptionally healthy police officers can sprint after crooks for hours on end, business owners return from long vacations to find their factories have been turned into homeless shelters, government-funded marriage counseling is showing very limited success, and the armed forces are locked in an expensive and bloody war abroad to stamp out possible terrorists. Crime, especially youth-related, is so common that it is unusual to encounter someone following the law, with the police force struggling against a lack of funding and a high mortality rate. Otaku Stratus's national animal is the leogryph, which is also the nation's favorite main course.

Otaku Stratus is ranked 214,601st in the world and 103rd in Japan for Largest Automobile Manufacturing Sector, scoring -34.26 on the Henry Ford Productivity Index.

Most Recent Government Activity: 12 minutes ago

Ryan Christopher I, and