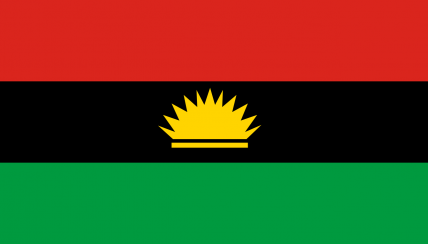 The Free Land of Osimiria is a huge, socially progressive nation, ruled by Innocent Perikeme Arnold with a fair hand, and remarkable for its daily referendums, sprawling nuclear power plants, and absence of drug laws. The compassionate, hard-working, democratic population of 955 million Osimirians hold their civil and political rights very dear, although the wealthy and those in business tend to be viewed with suspicion.

The medium-sized, liberal, outspoken government juggles the competing demands of Education, Administration, and Welfare. It meets to discuss matters of state in the capital city of Nnukwu Ulo. The average income tax rate is 66.4%, and even higher for the wealthy.

The frighteningly efficient Osimirian economy, worth 117 trillion olaochas a year, is fairly diversified and led by the Information Technology industry, with major contributions from Tourism, Basket Weaving, and Automobile Manufacturing. State-owned companies are common. Average income is an impressive 122,973 olaochas, and evenly distributed, with the richest citizens earning only 2.4 times as much as the poorest.

Late night talk show hosts are having a field day over Innocent Perikeme Arnold's questionably sane new coalition partners, dynamite sales and concert audiences are booming, the government seeks peaceful forum with terrorists, and billions of olaochas are spent to take high-quality photos of the Black Panther Nebula. Crime, especially youth-related, is totally unknown. Osimiria's national animal is the black panther, which frolics freely in the nation's many lush forests.

Osimiria is ranked 155,458th in the world and 94th in The League for Greatest Rich-Poor Divides, with 2.4 Rich To Poor Income Ratio.