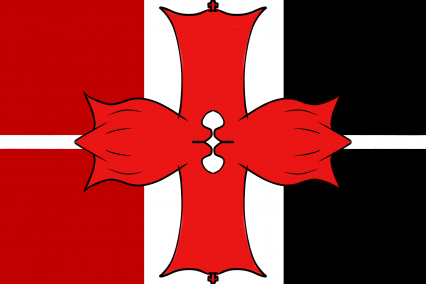 The Crowned Republic of Orsily is a massive, safe nation, ruled by PM Hal Whaler with an iron fist, and remarkable for its keen interest in outer space, devotion to social welfare, and stringent health and safety legislation. The compassionate, cynical, devout population of 4.463 billion Orsilians are ruled with an iron fist by the dictatorship government, which ensures that no-one outside the party gets too rich. In their personal lives, however, citizens are relatively unoppressed; it remains to be seen whether this is because the government genuinely cares about its people, or if it hasn't gotten around to stamping out civil rights yet.

The enormous government juggles the competing demands of Healthcare, Education, and Law & Order. It meets to discuss matters of state in the capital city of Aufield. The average income tax rate is 85.7%, and even higher for the wealthy.

The all-consuming Orsilian economy, worth 437 trillion Lancanas a year, is quite specialized and mostly made up of the Tourism industry, with significant contributions from Information Technology, Arms Manufacturing, and Book Publishing. State-owned companies are common. Average income is 98,052 Lancanas, and distributed extremely evenly, with practically no difference between the richest and poorest citizens.

The delay between passed legislation and real world implementation is often a decade or longer, baby boys who pick up pink crayons are sent to a psychiatric ward, election ballot papers are so long that unused ones are recycled as toilet roll, and religious households enthusiastically use whips in private. Crime, especially youth-related, is totally unknown, thanks to a very well-funded police force and progressive social policies in education and welfare. Orsily's national animal is the Lion-Javan Hawk Eagle, which soars majestically through the nation's famously clear skies, and its national religion is Ardoran Godsinianism.