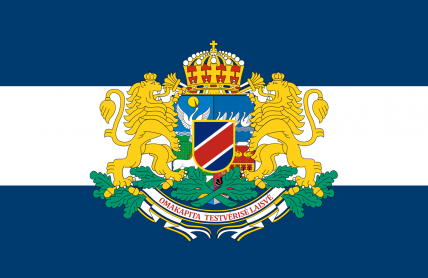 The Federal Republic of Orrostriska is a colossal, environmentally stunning nation, ruled by Clara Fallsoun with an even hand, and notable for its aversion to nipples, compulsory military service, and national health service. The compassionate, cheerful population of 8.102 billion Orrostriskans enjoy extensive civil freedoms, particularly in social issues, while business tends to be more regulated.

The enormous, corrupt, liberal government juggles the competing demands of Administration, Education, and Industry. It meets to discuss matters of state in the capital city of Ragellrosa. The average income tax rate is 97.5%.

The frighteningly efficient Orrostriskan economy, worth a remarkable 1,342 trillion Linkes a year, is quite specialized and mostly made up of the Tourism industry, with significant contributions from Information Technology, Arms Manufacturing, and Retail. Average income is an impressive 165,669 Linkes, and distributed extremely evenly, with little difference between the richest and poorest citizens.

9 out of 10 consumers think that vitamins can cure cancer, hospitals have poor data security but send lots of bodies to be encrypted, programmers often reinvent the wheel, and people who stay late at the office often come home to find their own funeral being planned. Crime, especially youth-related, is totally unknown, thanks to a very well-funded police force and progressive social policies in education and welfare. Orrostriska's national animal is the Snow Leopard, which frolics freely in the nation's many lush forests, and its national religion is Catholicism.

Orrostriska is ranked 125,429th in the world and 142nd in The Free Nations Region for Most Politically Free, scoring 65.14 on the Diebold Election Inking Scale.