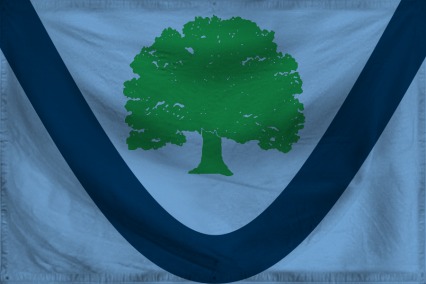 The Great Forest of Ordand is a massive, socially progressive nation, ruled by Alexandra Winters with a fair hand, and renowned for its irreverence towards religion, absence of drug laws, and devotion to social welfare. The compassionate, democratic population of 3.033 billion Ordandites are free to do what they want with their own bodies, and vote for whomever they like in elections; if they go into business, however, they are regulated to within an inch of their lives.

The enormous, socially-minded, outspoken government juggles the competing demands of Education, Environment, and Healthcare. It meets to discuss matters of state in the capital city of Ottosen. The average income tax rate is 78.0%, and even higher for the wealthy.

The powerhouse Ordandite economy, worth 225 trillion Soljoes a year, is driven entirely by a combination of government and state-owned industry, with private enterprise illegal. The industrial sector, which is quite specialized, is led by the Tourism industry, with major contributions from Information Technology, Basket Weaving, and Automobile Manufacturing. Average income is 74,216 Soljoes, and distributed extremely evenly, with practically no difference between the richest and poorest citizens.

Criminals and college students are taking an interest in the government's new weed-killing program, elderly citizens regularly buy posh multimillion-Soljo mansions, the fire brigade often deal with cases of burnt toast, and families are left homeless as entire suburbs are bulldozed on the whim of tribal chiefs. Crime, especially youth-related, is totally unknown. Ordand's national animal is the Tardigrade, which frolics freely in the nation's many lush forests.