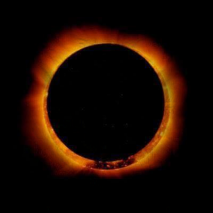 The Republic of Omaha Utopia is a gargantuan, orderly nation, ruled by Sovereign with an iron fist, and notable for its keen interest in outer space, punitive income tax rates, and compulsory gun ownership. The hard-nosed, cynical, humorless, devout population of 11.019 billion Omaha Utopians are ruled by a mostly-benevolent dictator, who grants the populace the freedom to live their own lives but watches carefully for anyone to slip up.

The relatively small, corrupt, well-organized government juggles the competing demands of Industry, Defense, and Law & Order. It meets to discuss matters of state in the capital city of Mesopotamia. The average income tax rate is 62.7%, and even higher for the wealthy.

The frighteningly efficient Omaha Utopian economy, worth a remarkable 3,277 trillion gold coins a year, is fairly diversified and mostly comprised of black market activity, especially in Information Technology, Arms Manufacturing, Tourism, and Furniture Restoration. State-owned companies are common. Average income is an amazing 297,420 gold coins, and evenly distributed, with the richest citizens earning only 2.5 times as much as the poorest.

Returning vacationers often find that their property is now a construction site, hostage-takers offer loyalty scheme points for prompt payment, no one gossips with Sovereign during diplomatic summits, and sneezing pedestrians are grabbed by alley-lurking doctors. Crime is totally unknown, thanks to a capable police force and progressive social policies in education and welfare. Omaha Utopia's national animal is the Dove, which is also the nation's favorite main course, and its national religion is Melchizedek Order.

Omaha Utopia is ranked 10,030th in the world and 1st in Ancient for Lowest Crime Rates, with 94.75 Law-abiding Acts Per Hour.