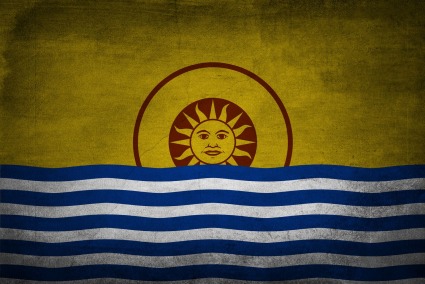 The Suzerain of Olthenia is a gargantuan, safe nation, ruled by President Du Bois with an even hand, and notable for its museums and concert halls, anti-smoking policies, and lack of airports. The hard-nosed, hard-working, humorless population of 25.485 billion Thénians enjoy extensive civil freedoms, particularly in social issues, while business tends to be more regulated.

The medium-sized government juggles the competing demands of Environment, Education, and Law & Order. It meets to discuss matters of state in the capital city of Revachol. The average income tax rate is 26.4%, but much higher for the wealthy.

The strong Olthenian economy, worth a remarkable 2,590 trillion chelons a year, is quite specialized and led by the Tourism industry, with major contributions from Information Technology, Book Publishing, and Trout Farming. Average income is an impressive 101,649 chelons, and evenly distributed, with the richest citizens earning only 2.2 times as much as the poorest.

Pharmacies close down as medicinal drugs are sold freely by the government, it turns out that money can buy you happiness, morning coffees are no longer the same since the disappearance of newspapers, and Thénians incessantly needle their doctors for relief. Crime is totally unknown, thanks to a capable police force and progressive social policies in education and welfare. Olthenia's national animal is the hyena, which frolics freely in the nation's many lush forests, and its national religion is the Church of Humanity.

Olthenia is ranked 10,692nd in the world and 3rd in The Pristine Wilderness for Highest Food Quality, scoring 150.39 on the Meeshlin-Starr Index.