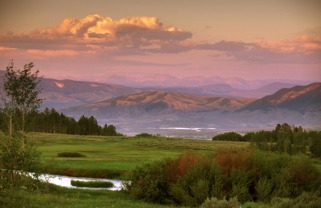 The Empire of Old MacDonald Ranch is a gargantuan, safe nation, remarkable for its state-planned economy, absence of drug laws, and complete absence of social welfare. The hard-nosed, hard-working, democratic population of 14.06 billion Old MacDonald Ranchians hold their civil and political rights very dear, although the wealthy and those in business tend to be viewed with suspicion.

The large government juggles the competing demands of Law & Order, Spirituality, and Defense. The average income tax rate is 42.3%.

The strong Old MacDonald Ranchian economy, worth 689 trillion Shrinking Dollars a year, is driven entirely by a combination of government and state-owned industry, with private enterprise illegal. The industrial sector is led by the Trout Farming industry, with major contributions from Cheese Exports, Woodchip Exports, and Uranium Mining. Average income is 49,061 Shrinking Dollars, and evenly distributed, with the richest citizens earning only 4.5 times as much as the poorest.

Crime, especially youth-related, is well under control, thanks to a well-funded police force and progressive social policies in education and welfare. Old MacDonald Ranch's national animal is the Eagle.

Old MacDonald Ranch is ranked 35,695th in the world and 1st in Palm Desert for Most World Assembly Endorsements, with zero Valid Endorsements.