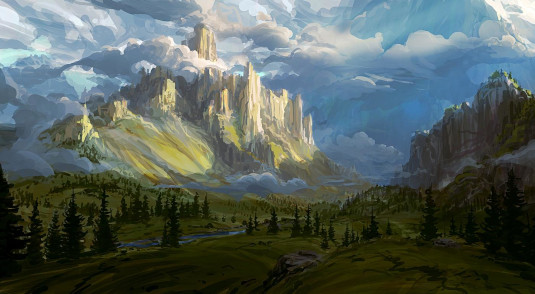 The Refugi Spirit of Oaks 282 is a massive, orderly nation, renowned for its complete lack of prisons, fear of technology, and punitive income tax rates. The hard-nosed, cynical, humorless, devout population of 4.985 billion Oaks 282ians are kept under strict control by the oppressive government, which measures its success by the nation's GDP and refers to individual citizens as "human resources."

The large, corrupt government juggles the competing demands of Administration, Law & Order, and Industry. The average income tax rate is 67.6%.

The frighteningly efficient Oaks 282ian economy, worth 523 trillion planets a year, is mostly comprised of black market activity, especially in Gambling, Basket Weaving, Woodchip Exports, and Uranium Mining. State-owned companies are common. Average income is an impressive 105,062 planets, with the richest citizens earning 5.1 times as much as the poorest.

Interest in globalism never flags, cubicles often double as graves as citizens literally work themselves to death, discarded pennies litter the streets, and citizens are regularly found digging for treasure in their gardens. Crime, especially youth-related, is almost non-existent, thanks to a very well-funded police force and progressive social policies in education and welfare. Oaks 282's national animal is the goose, which teeters on the brink of extinction due to toxic air pollution.

Oaks 282 is ranked 206,077th in the world and 3,825th in Artificial Solar System for Most Influential, scoring 17 on the Soft Power Disbursement Rating.