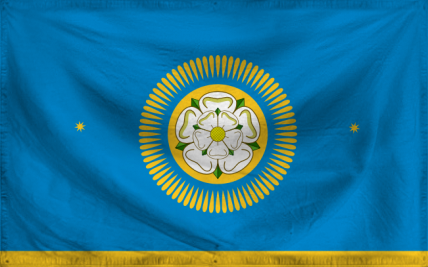 The Republic of Numeracy is a gargantuan, efficient nation, ruled by Mercy Yorke-Blackburn IV with an even hand, and renowned for its anti-smoking policies, keen interest in outer space, and hatred of cheese. The compassionate, cheerful, devout population of 14.44 billion Numericans are highly moralistic and fiercely conservative, in the sense that they tend to believe most things should be outlawed. People who have good jobs and work quietly at them are lauded; others are viewed with suspicion.

The government — a sprawling, bureaucracy-choked morass — juggles the competing demands of Education, Law & Order, and Healthcare. It meets to discuss matters of state in the capital city of New Stippenherth. The average income tax rate is 98.0%.

The frighteningly efficient Numerican economy, worth a remarkable 2,034 trillion Chronocredits a year, is highly specialized and led by the Book Publishing industry, with major contributions from Tourism, Beef-Based Agriculture, and Basket Weaving. State-owned companies are reasonably common. Average income is an impressive 140,860 Chronocredits, and evenly distributed, with the richest citizens earning only 2.6 times as much as the poorest.

Competing private ambulances racing to be the first to traffic accidents are a major cause of road accidents, genocide is seen as a topic best avoided in history lessons, the government-sponsored autobiography 'A Mercy Yorke-Blackburn IV For All Seasons' has only been bought by the most loyal of Mercy Yorke-Blackburn IV's supporters, and an enormous health awareness programme is underway. Crime, especially youth-related, is totally unknown, thanks to the all-pervasive police force and progressive social policies in education and welfare. Numeracy's national animal is the Izuhe, which frolics freely in the nation's many lush forests.

Numeracy is ranked 174,899th in the world and 91st in Middle Earth for Largest Manufacturing Sector, scoring 3,971.15 on the Gooback-Jerbs Productivity Index.