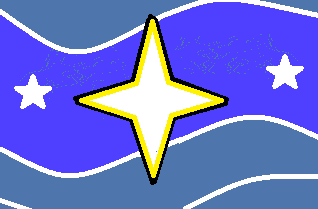 The Theocracy of Nova Nera is a colossal, socially progressive nation, notable for its deadly medical pandemics, ubiquitous missile silos, and rampant corporate plagiarism. The hard-nosed, hard-working, cheerful, devout population of 9.252 billion Nova Neri hold their civil and political rights very dear, although the wealthy and those in business tend to be viewed with suspicion.

The relatively small, corrupt, outspoken government juggles the competing demands of Industry, Education, and Defense. It meets to discuss matters of state in the capital city of Port Nera. The average income tax rate is 96.6%.

The frighteningly efficient Nova Neri economy, worth a remarkable 3,993 trillion dollars a year, is driven entirely by a combination of government and state-owned industry, with private enterprise illegal. However, for those in the know, there is a slick, highly efficient, broadly diversified black market in Tourism, Information Technology, Book Publishing, and Retail. The private sector mostly consists of enterprising ten-year-olds selling lemonade on the sidewalk, but the government is looking at stamping this out. Average income is an amazing 431,683 dollars, and evenly distributed, with the richest citizens earning only 4.0 times as much as the poorest.

The national guard is mobilized whenever a mother gets separated from her child at the mall, Leader's luxurious new home has been designated as a protected cultural heritage site, exorbitant spending on icebreakers breaks the ice at every budget meeting, and Air Nova Nera is rumored to receive more government funding than the Nova Neri Air Force. Crime, especially youth-related, is totally unknown. Nova Nera's national animal is the rainbow fish, which is also the nation's favorite main course, and its national religion is Nerianic Christianity.

Nova Nera is ranked 120,233rd in the world and 3,515th in the South Pacific for Most Rebellious Youth, scoring -1 on the Stark-Dean Displacement Index.