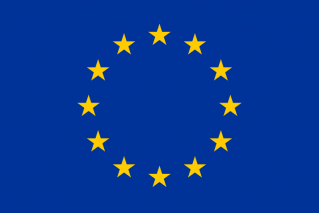 The Greater European Union of Nova Europa is a colossal, safe nation, remarkable for its irreverence towards religion. The hard-working population of 9.261 billion Europeans have some civil rights, but not too many, enjoy the freedom to spend their money however they like, to a point, and take part in free and open elections, although not too often.

The medium-sized government juggles the competing demands of Education, Welfare, and Healthcare. The average income tax rate is 25.1%.

The European economy, worth 384 trillion euros a year, is led by the Book Publishing industry, with major contributions from Gambling, Furniture Restoration, and Automobile Manufacturing. State-owned companies are reasonably common. Average income is 41,491 euros, and evenly distributed, with the richest citizens earning only 3.4 times as much as the poorest.

Military funding has been stripped back, schoolchildren have twice-weekly sex education classes, scientists regularly clone human beings for research purposes, and punitive tariffs protect local industry. Crime is well under control, thanks to a capable police force and progressive social policies in education and welfare. Nova Europa's national animal is the dove.

Nova Europa is ranked 35,021st in the world and 1st in Greater Europe for Largest Populations, with 9.26 billion Capita.

Most Recent Government Activity: 25 days ago