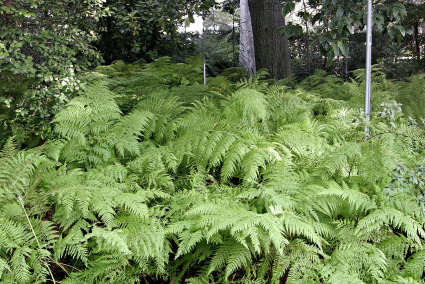 The Holy Empire of Not Doge Land 1 is a massive, orderly nation, ruled by Fern I with an iron fist, and remarkable for its triple-decker prams, compulsory military service, and restrictive gun laws. The hard-nosed, cynical population of 3.017 billion ferns are kept under strict control by the oppressive government, which measures its success by the nation's GDP and refers to individual citizens as "human resources."

The large, moralistic, well-organized government juggles the competing demands of Defense, Law & Order, and Administration. It meets to discuss matters of state in the capital city of Fern City. The average income tax rate is 47.5%, but much higher for the wealthy.

The large but inefficient a fern economy, worth 140 trillion fern coins a year, is driven entirely by a combination of government and state-owned industry, with private enterprise illegal. However, for those in the know, there is a slick, highly efficient, fairly diversified black market in Arms Manufacturing, Woodchip Exports, Furniture Restoration, and Door-to-door Insurance Sales. The private sector mostly consists of enterprising ten-year-olds selling lemonade on the sidewalk, but the government is looking at stamping this out. Average income is 46,430 fern coins, and evenly distributed, with the richest citizens earning only 2.3 times as much as the poorest.

Hidden bedroom-cams are installed to catch mothers doing their kids' homework, veterans' meet-ups involve a lot of tail sniffing, pocket dialling is a criminal offence, and drill sergeants yell in the ears of bespectacled nerds in cybermilitary "reboot camps". Crime, especially youth-related, is totally unknown, thanks to a well-funded police force and progressive social policies in education and welfare. Not Doge Land 1's national animal is the moving fern, which teeters on the brink of extinction due to widespread deforestation, and its national religion is Fernism.