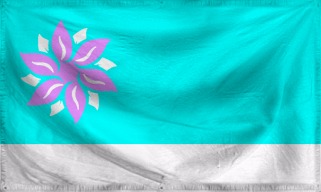 The Savages of North Timeria is a gargantuan, genial nation, ruled by President Aneya Raso with a fair hand, and notable for its unlimited-speed roads, national health service, and devotion to social welfare. The compassionate, democratic population of 12.945 billion Timerians hold their civil and political rights very dear, although the wealthy and those in business tend to be viewed with suspicion.

The medium-sized, liberal, outspoken government juggles the competing demands of Education, Defense, and Industry. It meets to discuss matters of state in the capital city of Infinity. The average income tax rate is 89.7%, and even higher for the wealthy.

The frighteningly efficient North Timerian economy, worth a remarkable 3,129 trillion Beans a year, is broadly diversified and led by the Tourism industry, with significant contributions from Information Technology, Arms Manufacturing, and Book Publishing. State-owned companies are common. Average income is an amazing 241,755 Beans, and evenly distributed, with the richest citizens earning only 2.6 times as much as the poorest.

People make a career out of medical voyeurism, stolen Reuben sandwiches are met with detailed and thorough police investigations, the mood of raunchy movies is often ruined by the sound of babies crying, and children aren't allowed to chew their pencils until they get home from school. Crime is totally unknown. North Timeria's national animal is the Kirin, which frolics freely in the nation's many lush forests.

North Timeria is ranked 22,760th in the world and 2nd in Terra Magna for Most Politically Free, scoring 79.71 on the Diebold Election Inking Scale.