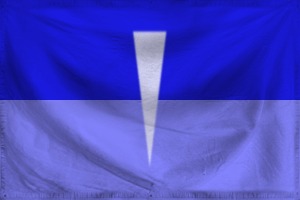 The Dominion of Nornheim is a gargantuan, socially progressive nation, ruled by Odin with an even hand, and notable for its otherworldly petting zoo, multi-spousal wedding ceremonies, and complete absence of social welfare. The hard-nosed, humorless population of 19.495 billion Nornheimians have some civil rights, but not too many, enjoy the freedom to spend their money however they like, to a point, and take part in free and open elections, although not too often.

The medium-sized government is primarily concerned with Education, although Environment, Healthcare, and Administration are also considered important, while Spirituality and Welfare receive no funds. It meets to discuss matters of state in the capital city of Heimsbrunnir. The average income tax rate is 26.9%, but much higher for the wealthy.

The frighteningly efficient Nornheimian economy, worth a remarkable 2,638 trillion coins a year, is highly specialized and led by the Information Technology industry, with major contributions from Book Publishing and Tourism. State-owned companies are common. Average income is an impressive 135,321 coins, and evenly distributed, with the richest citizens earning only 2.6 times as much as the poorest.

Political satirists and late night comedians weep as the government begins cleaning up its act, crackheads chase drug-loaded drones in hopes of a lucky drop, Maxtopian tourists make expensive pilgrimages to Heimsbrunnir to enjoy their national art, and the ongoing space elevator construction project has elevated the national debt to all new levels. Crime, especially youth-related, is a problem, probably because of the absence of a police force. Nornheim's national animal is the snowfox, which is also the nation's favorite main course.

Nornheim is ranked 3,498th in the world and 9th in Equilism for Most Advanced Public Education, scoring 16,520.28 on the Edu-tellignce® Test Score.