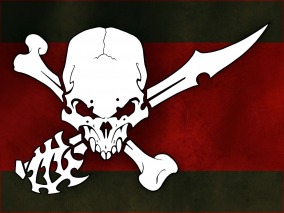 The nation has abolished the court system.

Citizen DNA must be submitted to the state.