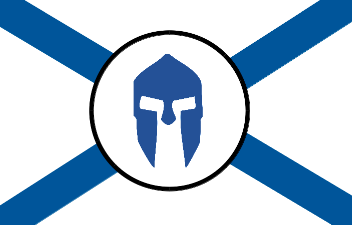 The Nohthing of Nohbdy is a gargantuan, cultured nation, renowned for its compulsory military service, keen interest in outer space, and irreverence towards religion. The hard-nosed population of 11.457 billion Nohbdies are fiercely patriotic and enjoy great social equality; they tend to view other, more capitalist countries as somewhat immoral and corrupt.

The medium-sized, socially-minded government juggles the competing demands of Defense, Education, and Welfare. It meets to discuss matters of state in the capital city of Eumaeus. The average income tax rate is 44.0%, but much higher for the wealthy.

The large but inefficient Nohbdy economy, worth 608 trillion blanks a year, is broadly diversified and led by the Tourism industry, with major contributions from Arms Manufacturing, Information Technology, and Book Publishing. State-owned companies are common. Average income is 53,118 blanks, and distributed extremely evenly, with little difference between the richest and poorest citizens.

Leader's peyote-induced "let's all just be friends" speech is trending world-wide, scientists recently cloned the long-extinct feather-bellied blank, minority children spend hours bussing to schools miles away from home, and newborns are being raised as mindless killing machines. Crime, especially youth-related, is totally unknown, thanks to a capable police force and progressive social policies in education and welfare. Nohbdy's national animal is the blank, which frolics freely in the nation's many lush forests.