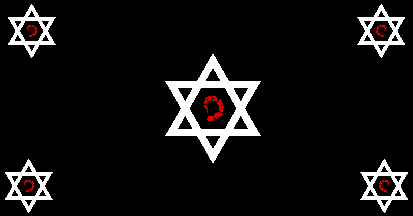 The Allied States of Noders is a gargantuan, cultured nation, ruled by Nathan Spades with an even hand, and remarkable for its rum-swilling pirates, keen interest in outer space, and daily referendums. The hard-nosed, democratic, devout population of 23.382 billion Nodersians have some civil rights, but not too many, enjoy the freedom to spend their money however they like, to a point, and take part in free and open elections, although not too often.

The large, corrupt government prioritizes Defense, although Education, Welfare, and Law & Order are also considered important. It meets to discuss matters of state in the capital city of Berlin. The average income tax rate is 95.7%.

The frighteningly efficient Nodersian economy, worth a remarkable 4,273 trillion Tiebers a year, is quite specialized and led by the Information Technology industry, with major contributions from Tourism, Arms Manufacturing, and Book Publishing. State-owned companies are common. Average income is an impressive 182,769 Tiebers, and evenly distributed, with the richest citizens earning only 4.4 times as much as the poorest.

To say that military robots are inclined towards violence is offensive, demand for gourmet white truffles is on the rise, bargain hunters descend on disaster zones for a quick spot of grocery shopping, and immigrants complain that natives keep coming over and taking their jobs. Crime, especially youth-related, is totally unknown, thanks to a well-funded police force and progressive social policies in education and welfare. Noders's national animal is the scorpion, which frolics freely in the nation's many lush forests, and its national religion is Yehudai.

Most Recent Government Activity: 88 minutes ago