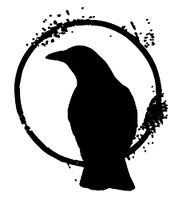 The Enigma of Ninja Crow is a gargantuan, efficient nation, ruled by The Ancients with an iron fist, and renowned for its museums and concert halls, ubiquitous missile silos, and irreverence towards religion. The hard-nosed, cynical, humorless population of 33.573 billion crows are ruled with an iron fist by the dictatorship government, which ensures that no-one outside the party gets too rich. In their personal lives, however, citizens are relatively unoppressed; it remains to be seen whether this is because the government genuinely cares about its people, or if it hasn't gotten around to stamping out civil rights yet.

The medium-sized, corrupt, socially-minded government is dominated by the Department of Defense, although Law & Order, Education, and Industry are also considered important, while Environment and Spirituality receive no funds. It meets to discuss matters of state in the capital city of the nest. The average income tax rate is 66.1%, and even higher for the wealthy.

The all-consuming Ninja Crowian economy, worth a remarkable 4,750 trillion silver stars a year, is fairly diversified and dominated by the Arms Manufacturing industry, with significant contributions from Uranium Mining, Book Publishing, and Information Technology. Black market activity is extensive. State-owned companies are common. Average income is an impressive 141,488 silver stars, and distributed extremely evenly, with little difference between the richest and poorest citizens.

Public loudspeakers constantly tell citizens they are "happy people", owners of man-portable particle accelerator backpacks are advised not to cross the streams, five-year-olds who refuse to line up on command get gold stars, and it's entirely possible foreign diplomats misheard when Ninja Crow offered the words "peace be upon you". Crime, especially youth-related, is totally unknown, thanks to a well-funded police force and progressive social policies in education and welfare. Ninja Crow's national animal is the wyrm, which teeters on the brink of extinction due to widespread deforestation.

Ninja Crow is ranked 23,390th in the world and 6th in The Featured Region Followers for Smartest Citizens, with 56.8 quips per hour.