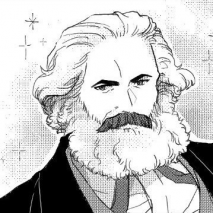 The Commonwealth of Nilokeras is a massive, socially progressive nation, remarkable for its state-planned economy, irreverence towards religion, and punitive income tax rates. The compassionate, democratic population of 4.577 billion Nilokerasians are free to do what they want with their own bodies, and vote for whomever they like in elections; if they go into business, however, they are regulated to within an inch of their lives.

The large, liberal, socially-minded government prioritizes Welfare, although Education, Healthcare, and Public Transport are also considered important, while Spirituality isn't funded at all. The average income tax rate is 59.9%, and even higher for the wealthy.

The sizeable but stagnant Nilokerasian economy, worth 72.4 trillion soliduses a year, is driven entirely by a combination of government and state-owned industry, with private enterprise illegal. However, for those in the know, there is a slick, highly efficient, fairly diversified black market in Beef-Based Agriculture, Automobile Manufacturing, Soda Sales, and Door-to-door Insurance Sales. The private sector mostly consists of enterprising ten-year-olds selling lemonade on the sidewalk, but the government is looking at stamping this out. Average income is 15,824 soliduses, and distributed extremely evenly, with practically no difference between the richest and poorest citizens.

Rumor has it that Leader has won three lotteries in a row, every day has been a surprise since weather reporters turned to consulting ancient totems for their seven-day forecasts, major cities shut down as their local sports team takes to the field every day, and the Nilokeras City Film Festival recently voted 'Nilokerasian Getting Hit By Football' as best film. Crime is totally unknown, thanks to a capable police force and progressive social policies in education and welfare. Nilokeras's national animal is the wombat, which frolics freely in the nation's many lush forests.

Nilokeras is ranked 126,028th in the world and 2,916th in Osiris for Largest Automobile Manufacturing Sector, scoring 1,243.44 on the Henry Ford Productivity Index.