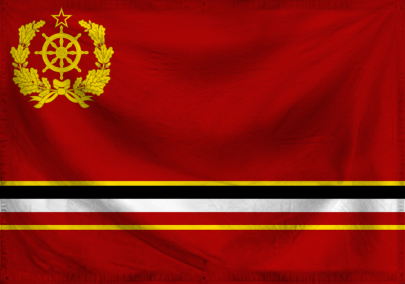 The Revolutionary Military Junta of Newne Carriebean7 is a gargantuan, efficient nation, ruled by Spencer Cook with an even hand, and renowned for its closed borders, compulsory gun ownership, and suspicion of poets. The hard-nosed, hard-working, humorless, devout population of 14.421 billion Carriebeaners are highly moralistic and fiercely conservative, in the sense that they tend to believe most things should be outlawed. People who have good jobs and work quietly at them are lauded; others are viewed with suspicion.

The medium-sized, corrupt, moralistic government is dominated by the Department of Defense, although Spirituality is also considered important, while Social Policy and Welfare receive no funds. It meets to discuss matters of state in the capital city of Carriebean City. The average income tax rate is 96.7%.

The frighteningly efficient Carriebeanian economy, worth a remarkable 7,045 trillion Sais a year, is driven entirely by a combination of government and state-owned industry, with private enterprise illegal. However, for those in the know, there is an enormous, deeply entrenched, fairly diversified black market in Arms Manufacturing, Gambling, Uranium Mining, and Woodchip Exports. The private sector mostly consists of enterprising ten-year-olds selling lemonade on the sidewalk, but the government is looking at stamping this out. Average income is an amazing 488,570 Sais, with the richest citizens earning 5.1 times as much as the poorest.

Only a minority of the population can actually vote at elections, legislation sometimes has to battle through weeks of filibustering to pass, bowls of milk left on windowsills please fairies and passing cats alike, and city sidewalks are crowded with overweight people. Crime is all-pervasive, perhaps because of the country's complete lack of prisons. Newne Carriebean7's national animal is the Fatty, which teeters on the brink of extinction due to widespread deforestation, and its national religion is Communist Catholicism.

Newne Carriebean7 is ranked 268,543rd in the world and 8th in Cobalt Network for Lowest Overall Tax Burden, scoring -528.23 on the Hayek Index.