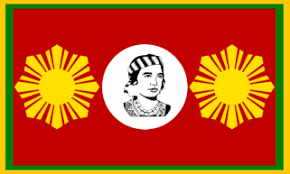 The Confederation of New Visayan Islands is a colossal, cultured nation, ruled by Warren Superales with an even hand, and remarkable for its free-roaming dinosaurs, smutty television, and compulsory military service. The compassionate, hard-working, devout population of 8.829 billion Visayans have some civil rights, but not too many, enjoy the freedom to spend their money however they like, to a point, and take part in free and open elections, although not too often.

The relatively small government prioritizes Education, although Administration, Defense, and Healthcare are also considered important, while Spirituality is ignored. It meets to discuss matters of state in the capital city of Cebu City. The average income tax rate is 34.9%, but much higher for the wealthy.

The frighteningly efficient New Visayan economy, worth a remarkable 1,768 trillion Pesetas a year, is broadly diversified and dominated by the Information Technology industry, with significant contributions from Uranium Mining, Book Publishing, and Arms Manufacturing. State-owned companies are reasonably common. Average income is an amazing 200,312 Pesetas, and evenly distributed, with the richest citizens earning only 2.5 times as much as the poorest.

Bemused citizens are encouraged to sing foreign-language hymns of religions they have never heard of, authorities are looking for a stool pigeon to rat out who is stealing food from pigeon toilets, pharmacists increasingly claim they are morally obligated to take long lunches, and citizens are enjoying a recent large cut in taxes. Crime, especially youth-related, is totally unknown. New Visayan Islands's national animal is the Tarsier, which teeters on the brink of extinction due to widespread deforestation.

New Visayan Islands is ranked 19,706th in the world and 3rd in West Pacific for Most Advanced Public Education, scoring 7,320.02 on the Edu-tellignce® Test Score.