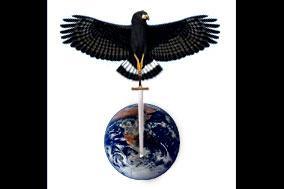 The SoP veteran of New South Arctica is a gargantuan, environmentally stunning nation, ruled by Mary Jane Militia with a fair hand, and notable for its pith helmet sales, daily referendums, and anti-smoking policies. The compassionate, democratic, cheerful population of 32.342 billion Arctichawkians hold their civil and political rights very dear, although the wealthy and those in business tend to be viewed with suspicion.

The government — a sprawling, bureaucracy-choked, outspoken morass — prioritizes Education, although Environment, Healthcare, and Social Policy are also considered important, while Spirituality receives no funds. It meets to discuss matters of state in the capital city of Tramiar City. The average income tax rate is 99.5%.

The enormous but inefficient Arctichawkian economy, worth a remarkable 3,371 trillion ice cubes a year, is highly specialized and mostly made up of the Tourism industry, with major contributions from Book Publishing. State-owned companies are reasonably common. Average income is an impressive 104,247 ice cubes, and distributed extremely evenly, with little difference between the richest and poorest citizens.

At least 1% of the Ministry of Foreign Affairs budget goes to Mary Jane Militia's wardrobe, wildlife have trouble navigating the electric fences surrounding national forests, foreign leaders are advising that Mary Jane Militia's letters must have gotten lost in the mail, and posters on 'Arctichawkian Values' advise against being proud of New South Arctica. Crime is totally unknown, thanks to a very well-funded police force and progressive social policies in education and welfare. New South Arctica's national animal is the penguin, which frolics freely in the nation's sparkling oceans, and its national religion is PuffPuffPass.

New South Arctica is ranked 38,265th in the world and 69th in The Black Hawks for Most Developed, scoring 72.47 on the Human Development Index.