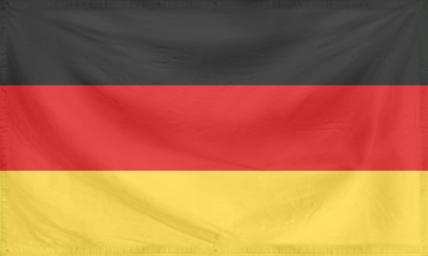 The Bundesrepublik of New Provenance is a massive, cultured nation, ruled by The Deutsche Regierung with a fair hand, and renowned for its museums and concert halls, frequent executions, and stringent health and safety legislation. The compassionate, democratic population of 4.462 billion New Provenants love a good election, and the government gives them plenty of them. Universities tend to be full of students debating the merits of various civil and political rights, while businesses are tightly regulated and the wealthy viewed with suspicion.

The large, socially-minded government juggles the competing demands of Healthcare, Administration, and Education. It meets to discuss matters of state in the capital city of Berlin. The average income tax rate is 69.4%, and even higher for the wealthy.

The strong New Provenant economy, worth 350 trillion Provenant marks a year, is fairly diversified and led by the Book Publishing industry, with major contributions from Trout Farming, Information Technology, and Cheese Exports. State-owned companies are common. Average income is 78,448 Provenant marks, and distributed extremely evenly, with practically no difference between the richest and poorest citizens.

When people ask what the difference is between politicians and lawyers they are referred to document c15(iv) section 14.1 subsection 3.2 of the Jan 2015 political category definition guidance codes, military recruitment numbers are down as citizens object on 'moral grounds', diplomatic missions typically end with a flurry of childish insults, accusations and phlegm, and the newest shade developed by New Provenance's dye industry has been dubbed 'Agent Orange'. Crime, especially youth-related, is totally unknown, thanks to a capable police force and progressive social policies in education and welfare. New Provenance's national animal is the falcon, which soars majestically through the nation's famously clear skies, and its national religion is Protestantism.

New Provenance is ranked 163,927th in the world and 140th in Commonwealth of Liberty for Most Extreme, scoring 17.56 on the Paul-Nader Subjective Decentrality Index.

Most Recent Government Activity: 76 minutes ago