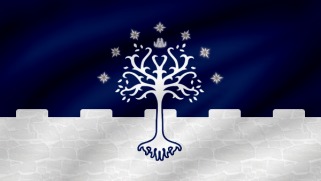 The Borderlands of New East Scandinavia is a gargantuan, safe nation, remarkable for its irreverence towards religion, punitive income tax rates, and stringent health and safety legislation. The compassionate, democratic population of 10.117 billion Scandinavis love a good election, and the government gives them plenty of them. Universities tend to be full of students debating the merits of various civil and political rights, while businesses are tightly regulated and the wealthy viewed with suspicion.

The enormous, outspoken government juggles the competing demands of Education, Healthcare, and Environment. It meets to discuss matters of state in the capital city of Anagrom Ataf. The average income tax rate is 75.9%, and even higher for the wealthy.

The very strong New East Scandinavian economy, worth 813 trillion Zoiks a year, is highly specialized and mostly made up of the Information Technology industry, with significant contributions from Tourism. State-owned companies are reasonably common. Average income is 80,450 Zoiks, and distributed extremely evenly, with little difference between the richest and poorest citizens.

Doctors prescribe videos of political debates to patients with insomnia, confessions don't count if suffixed with "izzle", citizens know never to accept cookies from strangers, and newspapers and TV broadcasters are given a list of 'acceptable words'. Crime is totally unknown, thanks to a well-funded police force and progressive social policies in education and welfare. New East Scandinavia's national animal is the Wolf, which frolics freely in the nation's many lush forests.

New East Scandinavia is ranked 17,853rd in the world and 547th in the South Pacific for Most Advanced Public Transport, scoring 2,412.64 on the Societal Mobility Rating.

The island of Sorna.