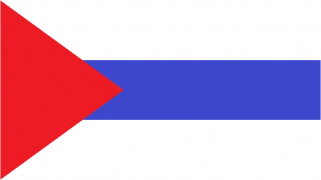 The Friendly Republic of New Dolgaria is a gargantuan, environmentally stunning nation, ruled by Michal Jazeps Westlak with a fair hand, and renowned for its museums and concert halls, complete lack of prisons, and devotion to social welfare. The compassionate, democratic, devout population of 20.868 billion New Dolgarians love a good election, and the government gives them plenty of them. Universities tend to be full of students debating the merits of various civil and political rights, while businesses are tightly regulated and the wealthy viewed with suspicion.

It is difficult to tell where the omnipresent, socially-minded, outspoken government stops and the rest of society begins, but it juggles the competing demands of Social Policy, Welfare, and Education. It meets to discuss matters of state in the capital city of Hodaropolis. The average income tax rate is 98.2%.

The enormous but sluggish New Dolgarian economy, worth a remarkable 1,106 trillion Dalderis a year, is driven almost entirely by government activity. The industrial sector is solely comprised of the Book Publishing industry. State-owned companies are reasonably common. Average income is 53,039 Dalderis, and distributed extremely evenly, with practically no difference between the richest and poorest citizens.

Abortion is only legal in unusual circumstances, unstable couples are known to break up over which one gets parental leave, fewer people are bathing as citizens must show ration stamps before they can turn on their faucets, and Members of Parliament are often found living in cardboard boxes. Crime is totally unknown, thanks to the all-pervasive police force and progressive social policies in education and welfare. New Dolgaria's national animal is the River Otter, which frolics freely in the nation's sparkling oceans.