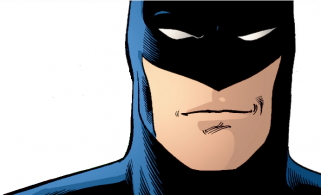 The I am the Night of Neutraligon is a gargantuan, socially progressive nation, ruled by Leader with a fair hand, and remarkable for its anti-smoking policies, national health service, and irreverence towards religion. The compassionate, democratic population of 23.399 billion Neutraligonians enjoy a sensible mix of personal and economic freedoms, while the political process is open and the people's right to vote held sacrosanct.

The enormous government juggles the competing demands of Education, Environment, and Social Policy. It meets to discuss matters of state in the capital city of Corbal. The average income tax rate is 78.8%, and even higher for the wealthy.

The Neutraligonian economy, worth a remarkable 1,459 trillion Erigs a year, is quite specialized and dominated by the Tourism industry, with significant contributions from Beef-Based Agriculture, Basket Weaving, and Trout Farming. State-owned companies are common. Average income is 62,374 Erigs, and evenly distributed, with the richest citizens earning only 2.4 times as much as the poorest.

The government is making attempts at curtailing the flood of spam emails with little progress, Max Barry is this year's Miss Neutraligon, major cities are suffering under water rationing, and prime commercial land is being swamped with archaeological teams. Crime is totally unknown, thanks to a well-funded police force and progressive social policies in education and welfare. Neutraligon's national animal is the Kirin, which is also the nation's favorite main course.