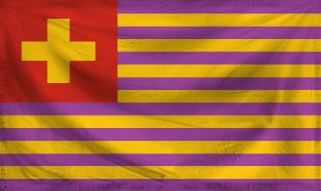 The Confederacy of Neu Engollon is a gargantuan, environmentally stunning nation, ruled by Federal Council President Garavano with an even hand, and notable for its multi-spousal wedding ceremonies, strictly enforced bedtime, and compulsory military service. The hard-nosed, democratic, humorless population of 17.892 billion Neu Engollians have some civil rights, but not too many, enjoy the freedom to spend their money however they like, to a point, and take part in free and open elections, although not too often.

The large government juggles the competing demands of Education, Healthcare, and Environment. It meets to discuss matters of state in the capital city of Genève. The average income tax rate is 83.6%, and even higher for the wealthy.

The frighteningly efficient Neu Engollian economy, worth a remarkable 2,396 trillion Helvetis a year, is led by the Tourism industry, with significant contributions from Information Technology, Arms Manufacturing, and Book Publishing. State-owned companies are common. Average income is an impressive 133,965 Helvetis, and distributed extremely evenly, with little difference between the richest and poorest citizens.

Federal Council President Garavano claims to be the epitome of family values, the nation's biggest export is stupidity, libraries have replaced overdue book fines with mandatory mental health assessments, and the police have been known to wiretap confessional boxes. Crime is totally unknown, thanks to a well-funded police force and progressive social policies in education and welfare. Neu Engollon's national animal is the Mountain Goat, which is also the nation's favorite main course.

Neu Engollon is ranked 3,814th in the world and 1st in Teremara for Best Weather, with 330 Meters Of Sunlight.

Most Recent Government Activity: 54 minutes ago