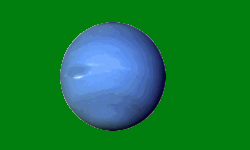 The Republic of Neptune is a gargantuan, socially progressive nation, remarkable for its absence of drug laws and spontaneously combusting cars. The hard-nosed, hard-working, democratic population of 23.674 billion Neptuneans live in a state of perpetual fear, as a complete breakdown of social order has led to the rise of order through biker gangs.

The strong Neptunean economy, worth a remarkable 1,144 trillion space cashes a year, is quite specialized and led by the Trout Farming industry, with significant contributions from Retail, Woodchip Exports, and Cheese Exports. Average income is 48,355 space cashes, but there is a vast disparity between incomes, with the richest 10% of citizens earning 328,759 per year while the poor average 2,598, a ratio of 126 to 1.

Crime is a serious problem, with the police force struggling against a lack of funding and a high mortality rate. Neptune's national animal is the gas giant, which frolics freely in the nation's many lush forests.

Neptune is ranked 170,910th in the world and 3rd in Poqilet for Largest Gambling Industry, scoring zero on the Kelly Criterion Productivity Index.