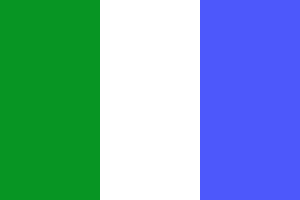 The Republic of Neldessica is a gargantuan, cultured nation, ruled by Elden with an even hand, and renowned for its multi-spousal wedding ceremonies, punitive income tax rates, and restrictive gun laws. The compassionate, cheerful, devout population of 33.22 billion Neldans are fiercely patriotic and enjoy great social equality; they tend to view other, more capitalist countries as somewhat immoral and corrupt.

The relatively small, socially-minded government juggles the competing demands of Education, Environment, and Welfare. It meets to discuss matters of state in the capital city of Vellis. The average income tax rate is 81.5%, and even higher for the wealthy.

The enormous but sluggish Neldan economy, worth a remarkable 1,552 trillion gold coins a year, is driven almost entirely by government activity, with private enterprise illegal. The industrial sector is mostly comprised of enterprising ten-year-olds selling lemonade on the sidewalk, although the government is looking at stamping this out. Average income is 46,748 gold coins, and distributed extremely evenly, with practically no difference between the richest and poorest citizens.

Recognizing the Neldan flag qualifies you for citizenship, posters on 'Neldan Values' advise against being proud of Neldessica, at least 1% of the Ministry of Foreign Affairs budget goes to Elden's wardrobe, and they who do not work shall not eat. Crime is totally unknown, thanks to a capable police force and progressive social policies in education and welfare. Neldessica's national animal is the dog, which frolics freely in the nation's many lush forests, and its national religion is Agnosticism.

Neldessica is ranked 8,797th in the world and 456th in Osiris for Largest Welfare Programs, scoring 5,202.48 on the Safety Net Mesh Density Rating.