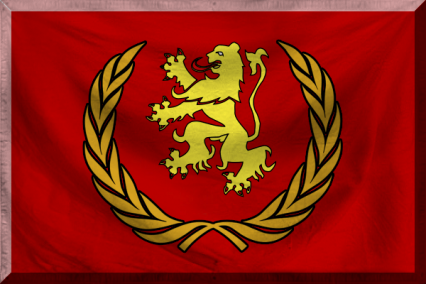 The Anarchist State of Nazagully is a massive, efficient nation, ruled by Supreme Excellence Ains Oal Gown with an even hand, and renowned for its free-roaming dinosaurs, irreverence towards religion, and absence of drug laws. The compassionate, hard-working population of 4.431 billion Nazagullyians enjoy extensive civil freedoms, particularly in social issues, while business tends to be more regulated.

The medium-sized, corrupt, liberal government juggles the competing demands of Education, Administration, and Industry. It meets to discuss matters of state in the capital city of Sangre Del Rey City. The average income tax rate is 90.3%, and even higher for the wealthy.

The frighteningly efficient Nazagullyian economy, worth 880 trillion Naz dollars a year, is fairly diversified and led by the Information Technology industry, with significant contributions from Tourism, Retail, and Arms Manufacturing. State-owned companies are common. Average income is an impressive 198,669 Naz dollars, and distributed extremely evenly, with little difference between the richest and poorest citizens.

Explicit slash fiction is repackaged for kindergarten kids as stories about friends cuddling friends, board shorts have replaced board rooms, genetic researchers have been expelled, and the bonfire of the old paper records can be seen for miles around Sangre Del Rey City. Crime is totally unknown. Nazagully's national animal is the Nazagullyan Lion, which soars majestically through the nation's famously clear skies.

Nazagully is ranked 10,032nd in the world and 676th in Osiris for Most Advanced Public Transport, scoring 3,279.99 on the Societal Mobility Rating.