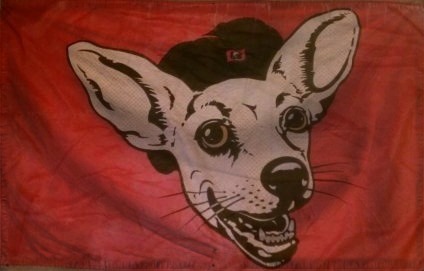 The Republic of
Nation States of Joedism
Inoffensive Centrist Democracy
Why be bullied when you can be the Bully?
Influence
Sprat
Region
The East Pacific
Civil Rights
Average
Economy
Strong
Political Freedom
Good

The Republic of Nation States of Joedism is a huge, environmentally stunning nation, remarkable for its digital currency, rampant corporate plagiarism, and pith helmet sales. The hard-nosed, hard-working population of 364 million Nation States of Joedismians have some civil rights, but not too many, enjoy the freedom to spend their money however they like, to a point, and take part in free and open elections, although not too often.

The medium-sized government juggles the competing demands of Administration, Defense, and Law & Order. Citizens pay a flat income tax of 25.6%.

The strong Nation States of Joedismian economy, worth 23.8 trillion Soda Tabs a year, is fairly diversified and led by the Arms Manufacturing industry, with major contributions from Information Technology, Cheese Exports, and Tourism. Average income is 65,375 Soda Tabs, but there is a significant disparity between incomes, with the richest 10% of citizens earning 184,541 per year while the poor average 18,539, a ratio of 10.0 to 1.

Obstetricians are not allowed to publish ultrasound pictures of fetuses in medical journals, citizens recently voted in favour of declaring bubblewrap an 'abomination of nature', wanting a better life for your child is prohibited by a clause in the criminal code, and political parties are banned from advertising and receiving private donations. Crime, especially youth-related, is totally unknown, thanks to a capable police force and progressive social policies in education and welfare. Nation States of Joedism's national animal is the Taco Bell Chihuahua, which frolics freely in the nation's many lush forests.

Nation States of Joedism is ranked 48,705th in the world and 2,278th in The East Pacific for Highest Disposable Incomes, with 48,639.42 Standard Monetary Units.