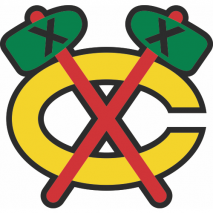 The Republic of Nation of Urie is a massive, socially progressive nation, ruled by Ron McVay with a fair hand, and renowned for its daily referendums, smutty television, and stringent health and safety legislation. The compassionate, hard-working, democratic, cheerful, devout population of 4.57 billion Nation of Urieans hold their civil and political rights very dear, although the wealthy and those in business tend to be viewed with suspicion.

The medium-sized, liberal, outspoken government juggles the competing demands of Education, Administration, and Industry. It meets to discuss matters of state in the capital city of Urie Nation City. The average income tax rate is 90.3%, and even higher for the wealthy.

The frighteningly efficient Nation of Uriean economy, worth 943 trillion dollars a year, is led by the Tourism industry, with major contributions from Information Technology, Book Publishing, and Retail. Average income is an amazing 206,392 dollars, and evenly distributed, with the richest citizens earning only 3.0 times as much as the poorest.

Military spending is on the increase, the Nation of Urie Automotive Racing Series draws millions of spectators annually while those near the tracks complain about the noise, there's no such thing as bad publicity, and national chefs believe that you can eat anything so long as you deep fry it first. Crime is totally unknown. Nation of Urie's national animal is the Ram, which frolics freely in the nation's many lush forests.

Nation of Urie is ranked 74,909th in the world and 2,574th in the Rejected Realms for Largest Soda Pop Sector, scoring 1,565.17 on the Addison-Fukk Productivity Rating.

Most Recent Government Activity: 111 minutes ago

The Libertarian Republic of Savages, and 36 others.

The Church of Satan.