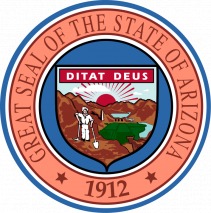 The Queen's State of Natanes is a gargantuan, socially progressive nation, ruled by the Governor with an even hand, and renowned for its enslaved workforce, complete absence of social welfare, and spontaneously combusting cars. The hard-nosed, hard-working population of 30.477 billion Natanesians are either ruled by a sleek, efficient government or a conglomerate of multinational corporations; it's difficult to tell which.

The relatively small, pro-business government juggles the competing demands of Education, Law & Order, and Industry. It meets to discuss matters of state in the capital city of Capital Heights. Citizens pay a flat income tax of 10.7%.

The very strong Natanesian economy, worth a remarkable 1,850 trillion betales a year, is broadly diversified and led by the Soda Sales industry, with major contributions from Basket Weaving, Information Technology, and Furniture Restoration. Average income is 60,713 betales, but there is a vast disparity between incomes, with the richest 10% of citizens earning 547,083 per year while the poor average 829, a ratio of 659 to 1.

Jails have become colloquially known as 'vampire houses', Natanes has designated Capital Heights as its capital city, The Governor has just been declared ruler of Natanes in an international press conference, and the government's official stance on religion is that it is so very silly. Crime is a problem. Natanes's national animal is the deer, which is also the nation's favorite main course.

Natanes is ranked 178,757th in the world and 9th in Arizona for Safest, scoring 21.05 on the Bubble-Rapp Safety Rating.