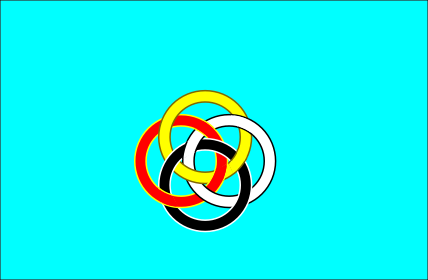 The Federal Republic of N ayal u is a colossal, cultured nation, renowned for its daily referendums, national health service, and keen interest in outer space. The compassionate, democratic population of 7.888 billion N ayal uans love a good election, and the government gives them plenty of them. Universities tend to be full of students debating the merits of various civil and political rights, while businesses are tightly regulated and the wealthy viewed with suspicion.

The large government prioritizes Education, with Welfare, Administration, and Healthcare also on the agenda. It meets to discuss matters of state in the capital city of Moeoehoimitha. The average income tax rate is 73.6%, and even higher for the wealthy.

The powerhouse N ayal uan economy, worth 893 trillion lokoes a year, is led by the Information Technology industry, with major contributions from Tourism, Book Publishing, and Basket Weaving. State-owned companies are common. Average income is an impressive 113,273 lokoes, and distributed extremely evenly, with little difference between the richest and poorest citizens.

Bemused schoolkids colour in their favourite quadratic equations with crayons, the minority inevitably have their addenda vetoed, the government is interviewing for thousands of 'Religious Censor' positions, and older citizens lament over the loss of law and order. Crime, especially youth-related, is totally unknown. N ayal u's national animal is the rukahoelpe, which frolics freely in the nation's many lush forests.

N ayal u is ranked 17,414th in the world and 7th in Council of Constructed Languages for Most Beautiful Environments, with 1,164.96 Pounds Of Wildlife Per Square Mile.