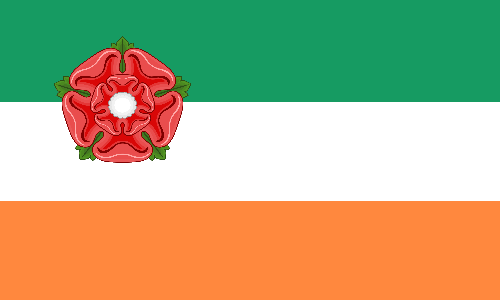 The Federal Republic of Mytanija is a massive, socially progressive nation, ruled by Ana Mecava-Catic with a fair hand, and renowned for its irreverence towards religion, absence of drug laws, and punitive income tax rates. The compassionate, democratic population of 3.872 billion Mytanars are free to do what they want with their own bodies, and vote for whomever they like in elections; if they go into business, however, they are regulated to within an inch of their lives.

The enormous, liberal, socially-minded, outspoken government juggles the competing demands of Welfare, Education, and Healthcare. It meets to discuss matters of state in the capital city of Esca. The average income tax rate is 71.3%, and even higher for the wealthy.

The large but underdeveloped Mytanar economy, worth 127 trillion coruns a year, is driven entirely by a combination of government and state-owned industry, with private enterprise illegal. The industrial sector, which is quite specialized, is led by the Beef-Based Agriculture industry, with significant contributions from Basket Weaving, Automobile Manufacturing, and Soda Sales. Average income is 32,877 coruns, and distributed extremely evenly, with practically no difference between the richest and poorest citizens.

Ana Mecava-Catic has just been declared ruler of Mytanija in an international press conference, a faint smell of body odour can be detected at several miles distance from the National Science Park, citizens recently voted in favour of declaring bubblewrap an 'abomination of nature', and the government has declined to declare any particular religion as its 'official' one. Crime is totally unknown, thanks to a capable police force and progressive social policies in education and welfare. Mytanija's national animal is the Fox, which frolics freely in the nation's many lush forests.

Mytanija is ranked 153,957th in the world and 76th in Rushmore for Largest Black Market, with 119 billion Standard Monetary Units.