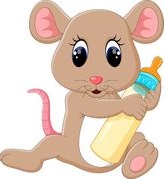 The Moderator Mouse Mommy of Mousebumples is a gargantuan, cultured nation, ruled by sisters Lizzy and Sasha Hall with an even hand, and renowned for its multi-spousal wedding ceremonies, ban on automobiles, and anti-smoking policies. The hard-nosed, cheerful population of 37.238 billion Mousebumplesians have some civil rights, but not too many, enjoy the freedom to spend their money however they like, to a point, and take part in free and open elections, although not too often.

The medium-sized, corrupt government is primarily concerned with Education, although Healthcare and Public Transport are also considered important, while Spirituality and Defense aren't funded at all. It meets to discuss matters of state in the capital city of Moustantinople. The average income tax rate is 68.2%, and even higher for the wealthy.

The frighteningly efficient Mousebumplesian economy, worth a remarkable 8,142 trillion flying monkeys a year, is led by the Book Publishing industry, with major contributions from Information Technology, Trout Farming, and Gambling. Black market activity is rampant. State-owned companies are common. Average income is an amazing 218,657 flying monkeys, and distributed extremely evenly, with little difference between the richest and poorest citizens.

Geosynchronous satellites are now manned by unpaid interns, police officers spend more time on calisthenics than actually catching criminals, country folk are sent to obligatory boarding schools to learn how to be civilized, and red text rains down on the head of anyone who dares to step out of line (Mousebumples has found 7 easter eggs). Crime, especially youth-related, is pervasive, with the police force struggling against a lack of funding and a high mortality rate. Mousebumples's national animal is the flying treemouse, which is also the nation's favorite main course.

Mousebumples is ranked 39,226th in the world and 178th in Europeia for Rudest Citizens, with 76.67 Insults Per Minute.

The United Peoples of Centrism,