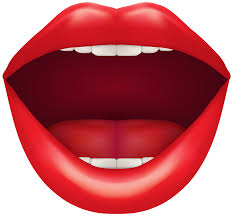 The Nomadic Peoples of Moaning Lisa is a massive, cultured nation, ruled by Moll Flanders with an even hand, and notable for its deadly medical pandemics, multi-spousal wedding ceremonies, and irreverence towards religion. The hard-nosed, hard-working, democratic population of 1.917 billion Moaning Lisans are either ruled by a sleek, efficient government or a conglomerate of multinational corporations; it's difficult to tell which.

The tiny, corrupt government juggles the competing demands of Education, Industry, and Healthcare. It meets to discuss matters of state in the capital city of Fanny Hill. Citizens pay a flat income tax of 5.4%.

The frighteningly efficient Moaning Lisan economy, worth 295 trillion Vouchers a year, is broadly diversified and led by the Tourism industry, with major contributions from Retail, Information Technology, and Soda Sales. Average income is an impressive 153,937 Vouchers, but there is a significant disparity between incomes, with the richest 10% of citizens earning 561,733 per year while the poor average 29,953, a ratio of 18.8 to 1.

It's illegal to exterminate cockroaches, the "right of sanctuary" stops police pursuit into temples and churches, in a baffling press conference Moll Flanders proudly dismantled a broken door, and veteran cops reminisce over their heavy armor days. Crime, especially youth-related, is pervasive, with the police force struggling against a lack of funding and a high mortality rate. Moaning Lisa's national animal is the Louse, which frolics freely in the nation's many lush forests, and its national religion is Courtesanship.

Moaning Lisa is ranked 73,412th in the world and 2,423rd in Lazarus for Largest Automobile Manufacturing Sector, scoring 2,153.79 on the Henry Ford Productivity Index.