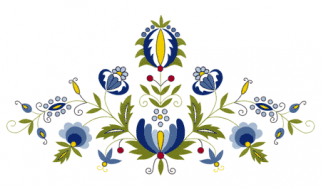 The Principality of Misgardamy is a massive, efficient nation, ruled by Prince Lothar with an iron fist, and remarkable for its deadly medical pandemics, zero percent divorce rate, and frequent executions. The compassionate, hard-working, cynical, devout population of 2.688 billion Misgardiacks are ruled by a mostly-benevolent dictator, who grants the populace the freedom to live their own lives but watches carefully for anyone to slip up.

The medium-sized, corrupt government juggles the competing demands of Administration, Industry, and Spirituality. It meets to discuss matters of state in the capital city of the Princely Manor. Citizens pay a flat income tax of 56.6%.

The frighteningly efficient Misgardian economy, worth 291 trillion Misgardsmarks a year, is quite specialized and led by the Retail industry, with major contributions from Tourism, Beef-Based Agriculture, and Furniture Restoration. Black market activity is frequent. Average income is an impressive 108,484 Misgardsmarks, with the richest citizens earning 5.4 times as much as the poorest.

The government mails weekly updates on the new anti-junk mail laws to every citizen, EULAs remind customers that "Private Mode" is a browser setting rather than a promise, Renaissance frescos are being chiselled off public walls, and Misgardian companies generally just fire employees in lieu of giving them vacation. Crime, especially youth-related, is totally unknown. Misgardamy's national animal is the swan, which is also the nation's favorite main course, and its national religion is Catholic faith.

Misgardamy is ranked 21,803rd in the world and 2nd in Conservia for Most Politically Apathetic Citizens, with 54.66 Whatever.