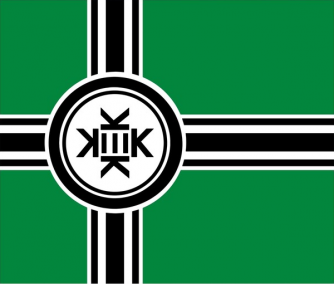 The Holy Empire of Mimpinesia is a gargantuan, genial nation, ruled by Sergei Andreyev with an even hand, and notable for its public floggings, parental licensing program, and sprawling nuclear power plants. The compassionate, democratic, humorless, devout population of 12.683 billion Mimpinesians are fiercely patriotic and enjoy great social equality; they tend to view other, more capitalist countries as somewhat immoral and corrupt.

The relatively small government juggles the competing demands of Education, Administration, and Industry. It meets to discuss matters of state in the capital city of Andreyevgrad. The average income tax rate is 71.8%, and even higher for the wealthy.

The frighteningly efficient Mimpinesian economy, worth a remarkable 4,736 trillion Kertas Toilets a year, is fairly diversified and led by the Information Technology industry, with significant contributions from Tourism, Retail, and Beef-Based Agriculture. State-owned companies are reasonably common. Average income is an amazing 373,445 Kertas Toilets, and evenly distributed, with the richest citizens earning only 2.2 times as much as the poorest.

A typical fast food menu item could serve a small army, the people's love for Sergei Andreyev is little more than self-preservation, Maxtopian tourists make expensive pilgrimages to Andreyevgrad to enjoy their national art, and the government is spending billions of taxpayer Kertas Toilets to support "struggling" industries. Crime, especially youth-related, is totally unknown. Mimpinesia's national animal is the Doge, which frolics freely in the nation's many lush forests.

Mimpinesia is ranked 42,784th in the world and 715th in the West Pacific for Most Advanced Defense Forces, scoring 3,359.21 on the Total War Preparedness Rating.