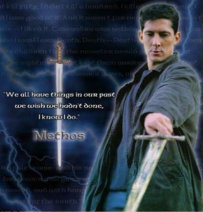 The Oldest Living Immortal of Meth0s is a gargantuan, socially progressive nation, ruled by Awakening with a fair hand, and notable for its keen interest in outer space, irreverence towards religion, and complete absence of social welfare. The hard-nosed, hard-working, democratic, humorless population of 19.009 billion Meth0sians hold their civil and political rights very dear, although the wealthy and those in business tend to be viewed with suspicion.

The relatively small, corrupt, liberal government juggles the competing demands of Administration, Industry, and Education. It meets to discuss matters of state in the capital city of Urik. The average income tax rate is 16.8%.

The frighteningly efficient Meth0sian economy, worth a remarkable 4,018 trillion Quickenings a year, is fairly diversified and led by the Retail industry, with major contributions from Soda Sales, Arms Manufacturing, and Beef-Based Agriculture. Black market activity is rampant. Average income is an amazing 211,386 Quickenings, and evenly distributed, with the richest citizens earning only 3.9 times as much as the poorest.

Card collectors duel to the death, war is made in the name of love, students are known to arrive at school in their pyjamas, and election results are often delayed for weeks to count the expat votes. Crime, especially youth-related, is all-pervasive, perhaps because of the country's complete lack of prisons. Meth0s's national animal is the Immortal Spirit, which frolics freely in the nation's many lush forests, and its national religion is Quickening.