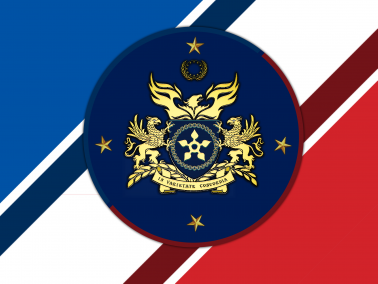 The Kingdom of Mervay is a colossal, safe nation, ruled by Queen Callista IV with a fair hand, and remarkable for its national health service, punitive income tax rates, and stringent health and safety legislation. The compassionate, democratic population of 6.774 billion Mervayans love a good election, and the government gives them plenty of them. Universities tend to be full of students debating the merits of various civil and political rights, while businesses are tightly regulated and the wealthy viewed with suspicion.

The large, socially-minded, outspoken government prioritizes Education, although Administration, Healthcare, and Industry are also considered important. It meets to discuss matters of state in the capital city of Asteria. The average income tax rate is 97.6%.

The frighteningly efficient Mervayian economy, worth a remarkable 1,475 trillion Albats a year, is driven entirely by a combination of government and state-owned industry, with private enterprise illegal. The industrial sector is led by the Information Technology industry, with major contributions from Tourism, Book Publishing, and Arms Manufacturing. Average income is an amazing 217,762 Albats, and distributed extremely evenly, with practically no difference between the richest and poorest citizens.

Hospitals fear government fines more than terrorist ransoms, discrimination on the basis of sexual orientation is illegal, the nation threatens sanctions on islands only visible at low tide, and the government has adopted a "Lightning Never Strikes Twice" approach to dealing with natural disasters. Crime, especially youth-related, is totally unknown. Mervay's national animal is the Griffin, which soars majestically through the nation's famously clear skies, and its national religion is Catholicism.

Mervay is ranked 150,652nd in the world and 9th in The Strategic and Economic Alliance for Largest Black Market, with 130 billion Standard Monetary Units.