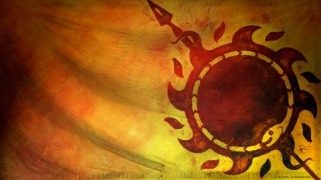 The Socialist Alliance of Mercobia is a gargantuan, efficient nation, ruled by Arianne Martell with a fair hand, and notable for its unlimited-speed roads, smutty television, and irreverence towards religion. The hard-nosed, democratic, humorless population of 37.431 billion Mercobians enjoy a sensible mix of personal and economic freedoms, while the political process is open and the people's right to vote held sacrosanct.

The tiny, corrupt government prioritizes Education, although Healthcare, Industry, and Law & Order are also considered important, while Social Policy and Spirituality aren't funded at all. It meets to discuss matters of state in the capital city of Fleur-de-lis. Income tax is unheard of.

The frighteningly efficient Mercobian economy, worth an astonishing 15,110 trillion harps a year, is driven entirely by a combination of government and state-owned industry, with private enterprise illegal. However, for those in the know, there is a slick, highly efficient, broadly diversified black market in Information Technology, Uranium Mining, Tourism, and Trout Farming. The private sector mostly consists of enterprising ten-year-olds selling lemonade on the sidewalk, but the government is looking at stamping this out. Average income is an amazing 403,680 harps, and distributed extremely evenly, with little difference between the richest and poorest citizens.

Rebuilding efforts for a recently destroyed cathedral aren't expected to be completed for another century, cosmopolitan citizens ask what their countries can do for them, the prevalence of circular logic frequently renders parliamentary observers dizzy, and humble workers tempt fate for a taste of airline caviar. Crime, especially youth-related, is totally unknown. Mercobia's national animal is the flying fox, which soars majestically through the nation's famously clear skies.

Mercobia is ranked 3,891st in the world and 7th in Antarctica for Safest, scoring 132.23 on the Bubble-Rapp Safety Rating.